Heldenfels Enterprises, Inc is the successor to an eminent South Texas family business backed by over a century of construction experience – from ship building to highway construction. It’s predecessor, Heldenfels Brothers, was founded in 1909 by brothers F.W. Heldenfels Sr. and C.A. Heldenfels as a lumber materials business in Beeville, Texas.

As the company grew, it expanded into the construction of military bases, airports, and ever larger highways. And as their sons and grandsons joined them, Heldenfels Brothers continued broadening into new markets and capitalizing on technological innovation, always maintaining the standard of excellence associated with the family name. Fred Heldenfels IV, President and CEO of Heldenfels Enterprises, sums it up best: “If we practice good stewardship through our core values of integrity, dependability and innovation, we will help foster the growth of new ideas, new markets and new structural innovations. In this way, we will help our industry become an ever-more vital part of the nation’s construction markets.” 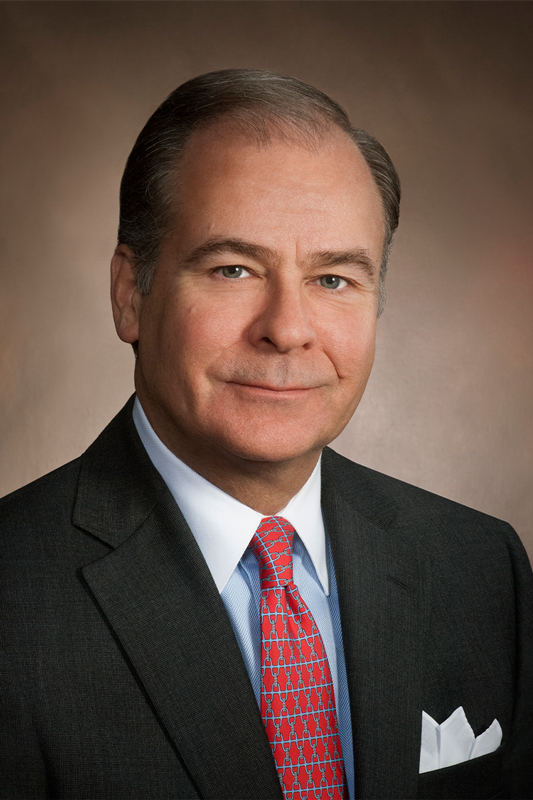 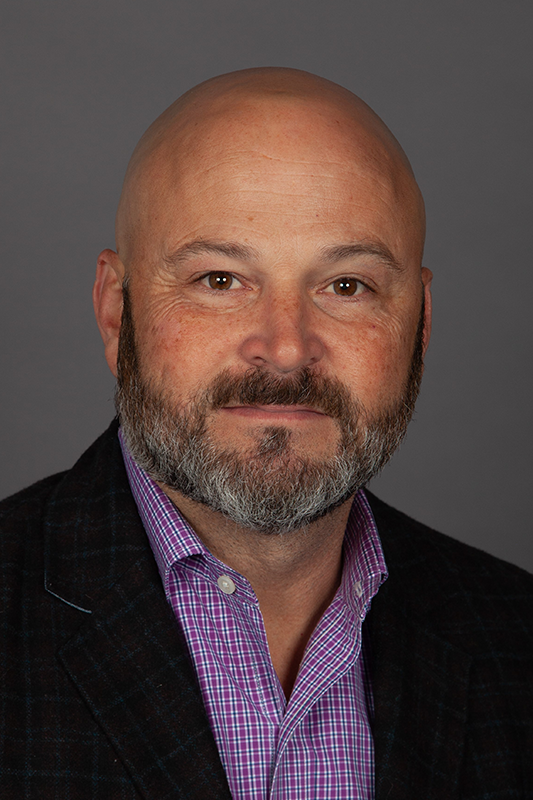 When Hugo Heldenfels arrived in the United States in 1864, little did he know that the Texas lumberyard he would start would give rise to a construction legacy. Five generations later, the Heldenfels name still stands for innovation and quality in construction.

In 1909, F.W. Heldenfels, Sr. and his brother, C.A. Heldenfels, founded Heldenfels Brothers, a lumber and materials business. The two early entrepreneurs expanded into shipbuilding at the start of World War I, with a contract from the Federal government to build four wooden, steam powered cargo vessels. After the war, they began dredging oyster shell from the shipyard and made their first foray into road construction, an area where the Heldenfels name would make a significant mark in coming years.

By 1936, F.W.’s three sons had joined the business and helped expand into construction of military bases, airports and ever-larger highways. As their sons and grandsons joined them, Heldenfels Brothers continued broadening into new markets and capitalizing on technological innovation, always maintaining the standard of excellence associated with the family name. Heldenfels Brothers has touched practically every major construction arena in Texas, including expressways, bridges, subdivisions, industrial plants, office buildings, parking garages and water treatment plants, just to name a few.

“You hear a lot about reliability. How Heldenfels has always been here and will always be here to get the job done. We don’t leave our customers in a lurch.”
-Kurt Schriefer, Retired Senior VP

In 1995, Fred Heldenfels IV formed Heldenfels Enterprises, Inc. and bought the assets of the company’s precast/prestressed concrete division. With an 85 acre manufacturing plant in San Marcos, TX Heldenfels Enterprises maintains the Heldenfels presence in traditional construction markets–highway, marine and industrial–while continuing the tradition of building on technological advances to expand into new markets. One particular area in which the new company has excelled is in completing large, challenging commercial projects such as athletic stadiums, which not only require quality product, but also exceptional project management capabilities to reach completion on time and on budget.

Hugo Heldenfels would be proud. Over a century later, the Heldenfels legacy is thriving, with plenty of big things on the horizon. 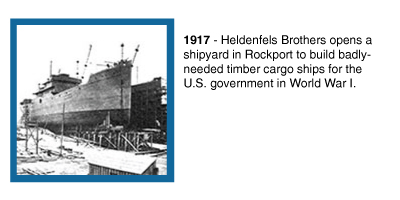 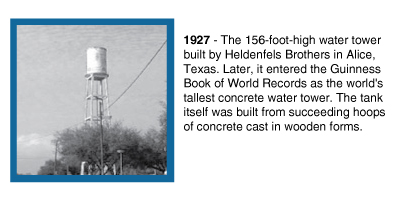 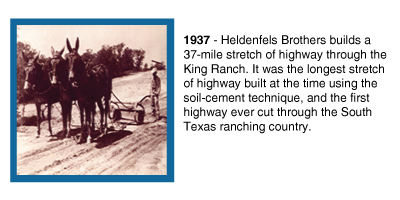 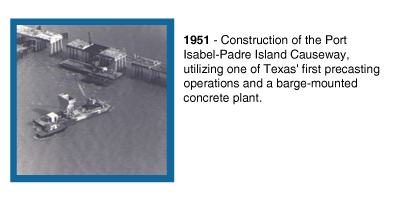 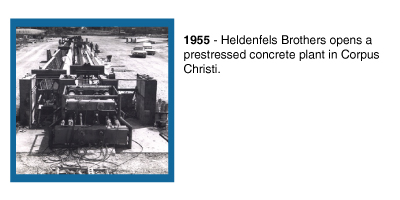 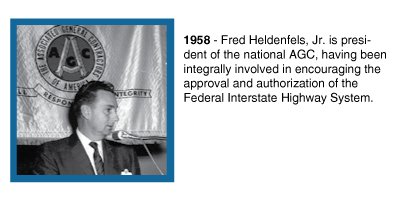 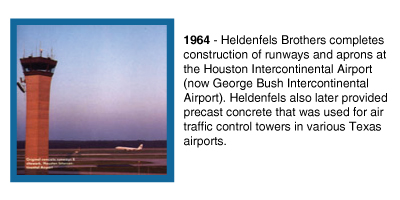 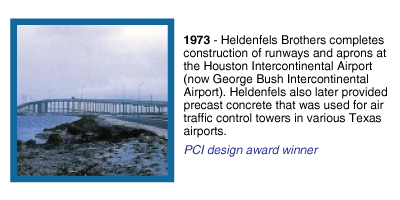 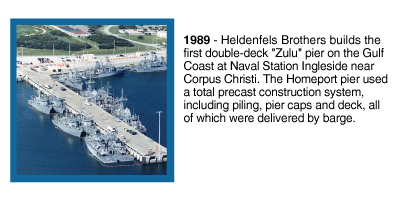 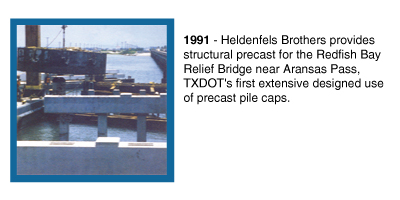 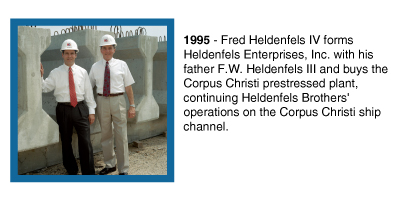 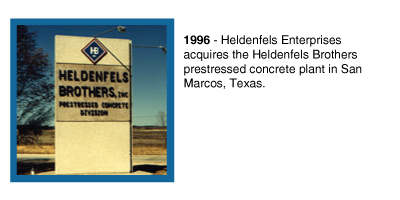 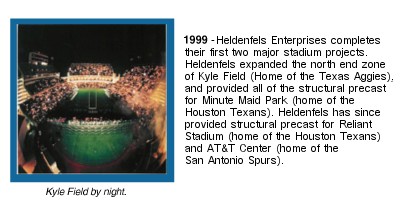 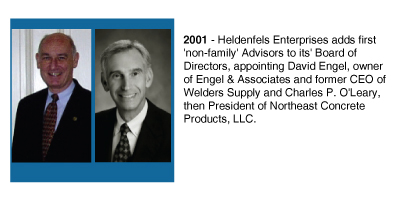 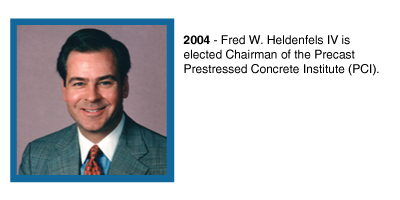 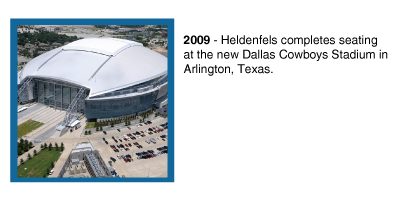 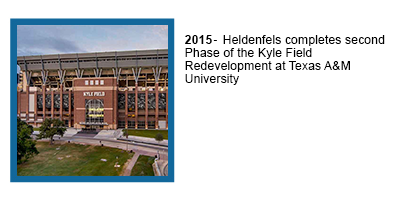 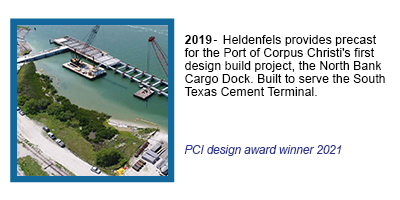 Our success is not coincidence. We live by our core values,
and that is what makes us successful.

Serving others and caring for what we’ve been given.

Supportive, caring and accountable to one another.

Winning and overcoming through teamwork and living our core values.

“Core values are virtues. We can’t teach them or train you on them. “Core” means they are the heart of our
team- each & every one of us. People who share these values will want to be a part of our team, our family of families. Being committed to finding the right people to fill the right seats on our family bus will be one of the keys to taking us to the next level of success. Knowing our values tells us who we are as a team, a family living these values allows us to decide where we are going and how we are going to get there.”